Vitus Audio truly is a great name in the industry. Best of high end got the chance to interview the leading man and visionair Hans-Ole Vitus. In this third part we asked him: ‘Can you describe the process from idea to finished product?’.

The roadmap of a Vitus Audio product

Hans-Ole Vitus: “Haha, that’s again another long story and it’s not fixed to be honest. But it always starts with me having an idea. And normally I spend up to a year thinking about that idea, refining that idea before I even start putting anything in writing. After that period of time, when I’ve had the same thought for long enough time and the idea resurfaces … that’s when I start taking my own ideas seriously. I actually start putting stuff on paper or on the computer. I start building a project; I start to figure out what kind of … well not so much features anymore, because features are pretty much fixed. Where do I want this product to go? It sounds a little bit backwards, but one of the things that I then start with is the mechanical design. I’ll give you one example. I’m sure you’ve seen our Masterpiece stereo amplifier, which is huge; a 125Kg unpacked. I started with the chassis, not because I wanted a particular size. I wanted to figure out which transformers and heat sink surface or area that I would need. How can I put this together and fit everything inside? It’s designed this way, even though you look at it and think this is crazy! Take a look at the SIA-025, which we are using here at the show. If you look inside; it’s absolutely packed. There are people asking me … can you add a phono stage to a SIA-025? I normally send them a picture of how it looks on the inside. I ask them the question; yes, not a problem, we can do that … but you have to tell me where we can fit it in! It’s impossible. There is no way we can fit in more. That’s one of the reasons why I often start with the mechanical side, to try and figure out what I can actually fit in. The electronics come afterwards. I’m not doing this alone. I have a team, which is helping me with that. It’s a long process. Sometimes it’s a quick process. The longest design timeline we had for one product is 3 years, which was our Masterpiece DAC. It took forever. The quickest we ever did was, actually I think the MPS, because I had a very clear picture of what I wanted. We executed that in 7 months! I don’t think other people are able to bring out a product in 7 months. That’s something we can also do.”. 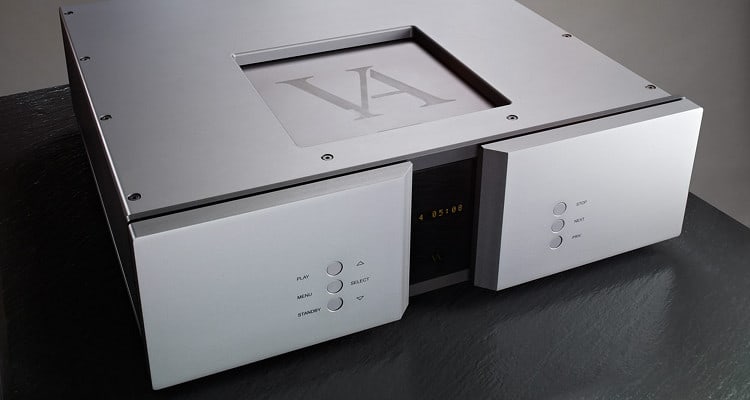