In this 9th part Peter Lyngdorf introduces the Steinway Lyngdorf Model B loudspeaker.

Peter Lyngdorf – CEO Steinway Lyngdorf: The Model B is actually the first completely new Steinway Lyngdorf loudspeaker for stereo, that is primarily designed for stereo, since we introduced the S system. As you know the S system has been very popular. It’s selling for about €25.000 for a complete system with the electronics and the speakers. It has won the Absolute Sound Golden Ear award, 6 years in a row, which tells something. Right after I designed the S15 woofer, the acousticians designed the acoustics around it, I’ve been working with the engineers to make something that would be 2,5 times the price, with better performance then the S system. We came up with 9 or 10 different proposals. But every time after comparing and listening to the S system, the S system beat the crap out of it. I did what’s called a McCain. You know what a McCain is? It’s like this one. You remember when he said no to Obama care? I did that for 6 years in a row. Every new proposal: no. It’s more expensive then the S system, but it doesn’t sound better. 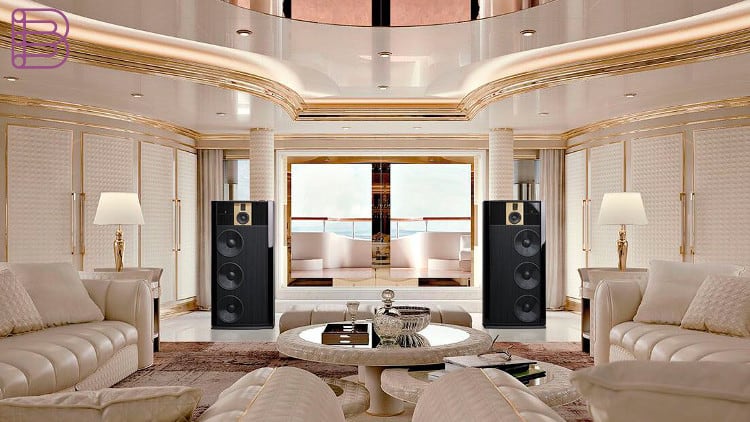 Two years ago I decided to do like more of a mini model D and try to get as much performance as possible out of it, at a smaller form factor, easier to manufacturer and at a lower cost. That’s when I started to work on the Model B concept. We ended up with something that is an elegant design for a powerful speaker. It’s 60cm wide, it’s 124cm tall, it has six 12 inch woofers, each with a 12Kg magnet. When you look at it you say how can you have so much woofers in such a small form factor? We actually folded it up slightly. It’s a perfect dipole. We reversed the polarity of 3 woofers;  we have 2 in positive and 3 in negative. That way, within the wave lengths of the reproduced frequencies, basically killed the 2nd harmonic distortion. 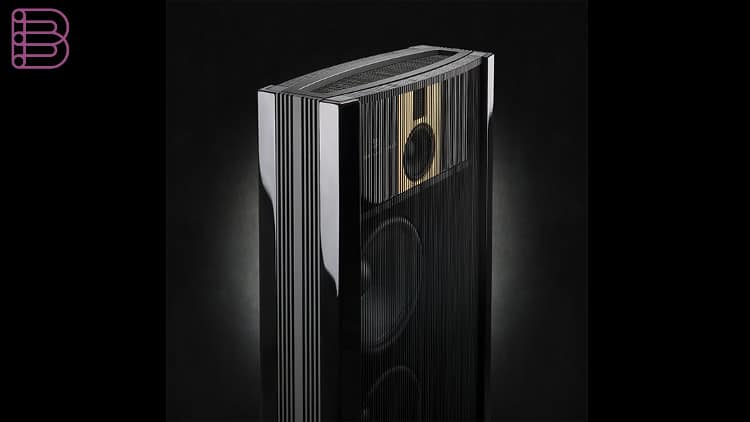 The Model B ended up being extremely capable in terms of  SPL. It will play very loud, very deep. It has very low distortion. It’s run by our A2 amplifier which has 4 times 700 Watts into low impedance. Each speaker has roughly 700 Watts of power available. Electronic crossovers, time alignment…we have a lot of control over the speaker. I was arrogant enough to say that I made the drawings, we put it together and it’s gonna work. It did work. We made some small modifications from my original design to make it more manufacturable. We pretty much went straight on from concept to manufacturing. The sound is really good. The price is less then half of the Model D. It’s not as extravagant, but I would say it holds up against the Model D sound wise extremely well. It looks small and is compact, you don’t see that it’s a dipole. There’s no real volume. It weighs close to 160Kg per speaker, which is a little bit of surprise when you see the size. Everything is made like a Steinway Ly,gdorf product: solid, aluminum. There’s no piece of bent metal in it. No plastic. It’s expensive to make, but the end product is a superb sounding product. It has tremendous SPL capability. 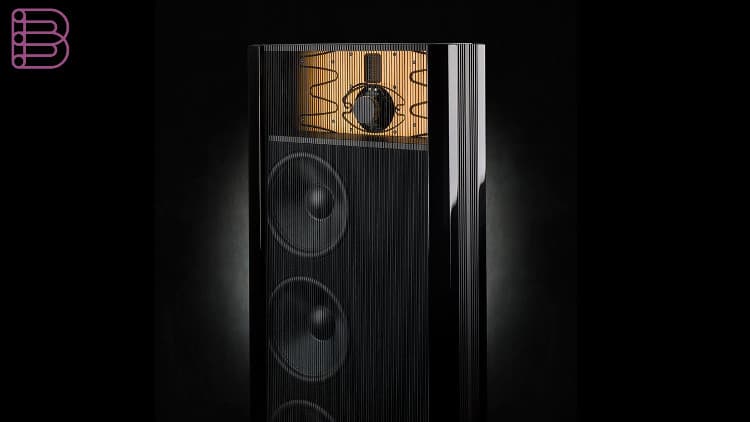